The history of Asakusa Imahan

Our present proprietor was appointed as Asakusa Imahan’s sixth-generation president. During the Meiji era, catching on to the early trend of beef, our predecessors began studying the value of taste. Such efforts came from devising the Beef Tsukudani menu (beef boiled down in our original sauce), studying the various tastes of different Beef Tsukudani restaurants in famous department stores, rearranging the GYU-DON menu (Japanese rice bowl topped with Wagyu Beef), and much more. Passing the Meiji, Taisho, Showa, and Heisei eras, one thing that has always been consistent is our efforts to better incorporate the taste of Japanese tradition through a wide range of dishes while meeting our customer’s needs and wants within this progressive society. Knowing how such longevity has helped both our business and knowledge grow substantially, our team is continuously working on refining our signature taste each and every day. We, Asakusa Imahan, never settle for what we have, and are always striving to provide the best of the best for our customers.

The founder, Hantaro Takaoka, left Okayama prefecture and relocated to Tokyo where he opened a Gyu-meshi (old name for Sukiyaki) restaurant in Honjo-Azumabashi.

The restaurant became independent, newly named as “Asakusa Imahan” which opened at its present location.

Asakusa Imahan was established as the "Imahan limited liability company".

Imahan contrived Beef Tsukudani (beef boiled down in our own sauce) goods and began producing and selling.

Asakusa Imahan Nihonbashi branch opened (later branched out to be a separate company).

4th generation Emiko Takaoka was appointed as the president of Asakusa Imahan.

The position was then passed down to 5th generation Shuichi Takaoka who became Asakusa Imahan’s newly appointed president. 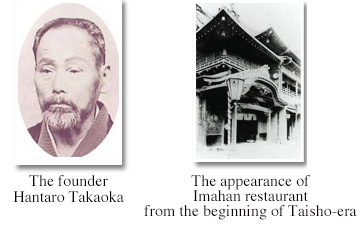 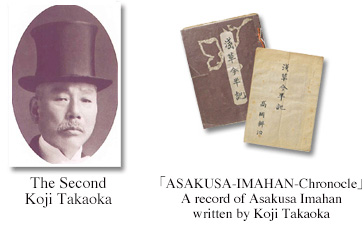 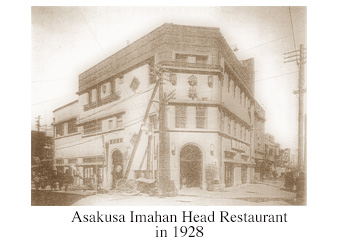 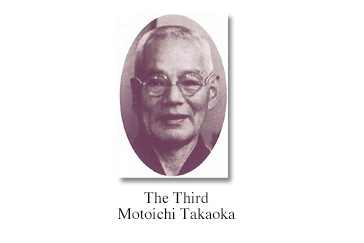 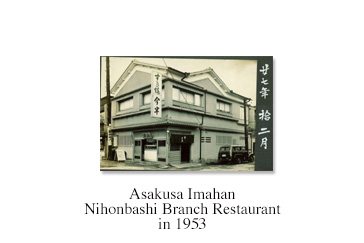 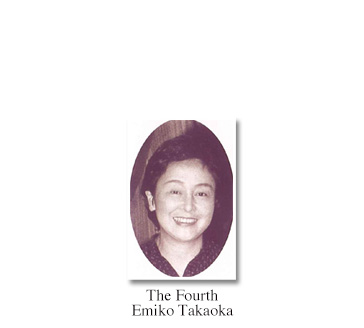 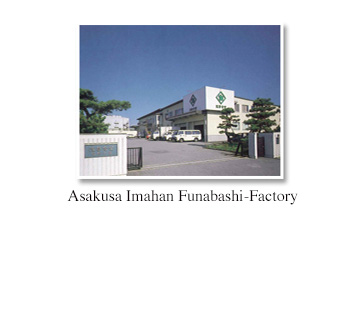 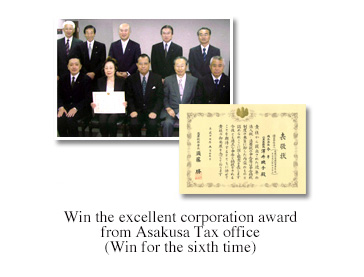 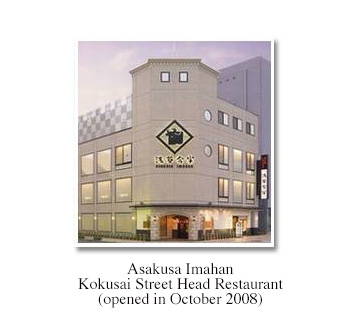